It was a quiet, snowy morning at Wells. That was, until walking into the P.E. class where the sound of laughter and running footsteps echoed throughout the gym. Students in P.E. class were separated into two teams, playing a game that is a hybrid between basketball and soccer. The students were really engaged and enthusiastic, trying to score for their team.

Walking down the hall, the rest of the classrooms were quiet as students were focused on their work. In Kindergarten, students were learning their vowels and sounding out words using tapping of their fingers. In first grade, students were doing movement to learn sounds before they gathered in a circle to start their group reading. They were discussing what they are working on in terms of reading; which is summarizing the story after it has been read.

In second grade, students were working on their spelling and writing sentences on a worksheet. And in fourth grade, they just finished a very long morning meeting, so before sitting back down to start their reading, they were playing a game of mum ball.

Despite the students not having school tomorrow due to in-services, they were certainly hard at work. Check out some of the highlights below! 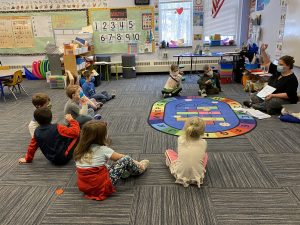 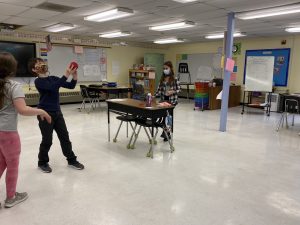 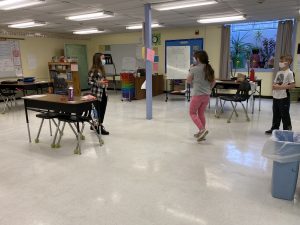 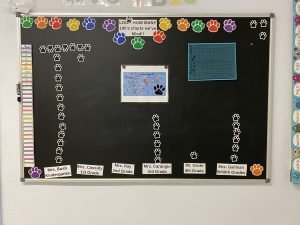 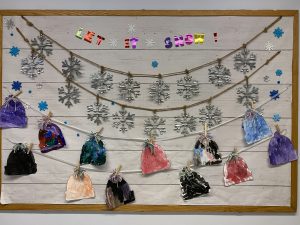